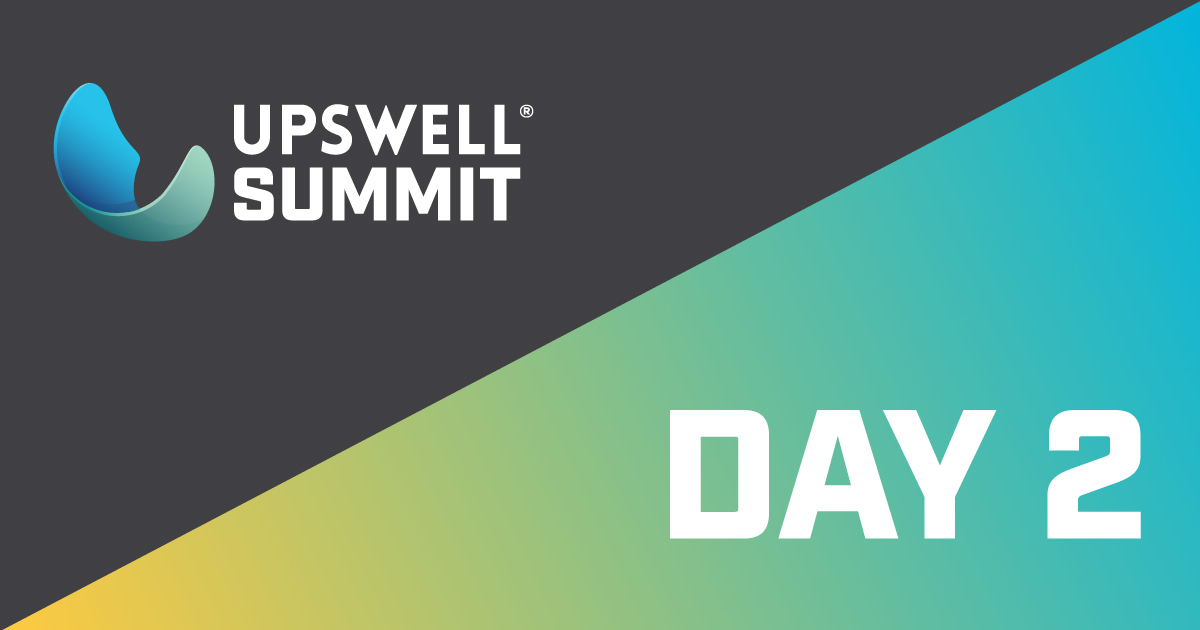 "It's important to know what time it is. Where you are. And what the possibilities are."

Angela Glover Blackwell, Founder in Residence at PolicyLink, shared that wisdom at 11:09 am ET on the Main Stage at the second day of the Upswell Summit, in front of a huge audience of ardent changemakers who see opportunity in every moment of challenge.

Her point, of course, was really about the bigger picture of the United States – the one painted with a deeply troubled history and, more importantly, a malleable vision of a future either freed from or crippled by its past.

And that future – one we envision as being defined by racial justice and health -- is what we set out to design today, with creativity, humanity, resilience, and humor.

This lengthy recap is the briefest version of what that looked like:

These highlights don’t begin to capture the sheer volume of power that was generated at the Upswell Summit today. And tomorrow, there’s even more work to be done, because the future is still calling loudly.

Before then, we return to Angela Davis’ point about guaranteeing that we seize this unique historical moment. She offered a piece of advice that we’ll leave you with:

Upswell, powered by Independent Sector, is a community of thousands of engaged, passionate, and diverse changemakers – and the energy is constantly buzzing.

Join our digital stream to hear the latest news about Upswell 2022, explore stories of good from across the country, and get a new perspective on what comes next for the social sector.